I found this interesting article on identifying sources of Gluten.  This is great info to know for those who are just getting started and a great reminder for the seasoned Gluten free parents. 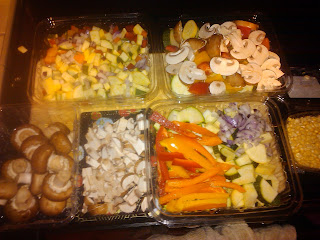 Perhaps you’re on gluten-free diet and it seems to be working well for you, but every once in awhile you find yourself glutened yet can’t identify the culprit. Unfortunately, this happens to many Celiac and gluten intolerant folks because of hidden sources of gluten in foods that we might assume to be gluten-free. Where may some of these ninja-like gluten offenders be? In Rice Krispies (although there is now a gluten-free version, but look for a clear gluten-free label), salad dressing, soy sauce, chips, soups, candy, medication, ice cream.  Sometimes it can feel like gluten is around every corner.

Verifying the gluten-free status of some products will become a little easier with the recent FDA ruling that demands that products labeled “gluten-free” must contain less than 20 parts per million. That ruling should help clear up at least some products’ gluten-free status.  However, it’s still important to hone your detective eye for hidden or unexpected sources of gluten in order to avoid accidentally purchasing gluten-filled product or consuming gluten while dining out.
So what’s a person to do? Not consume products that aren’t clearly gluten-free until you’ve checked with the manufacturer and then memorize a list of all the “safe” products? Well that might be the safest course of action for people with Celiac or severe reactions to gluten, but for people with a lower gluten sensitivity there are ways that you can keep protect yourself as you navigate shopping and eating.

Learn red flag ingredients that you may spot on labels. There are the obvious ones, such as “wheat flour,” that can be hidden in unsuspecting products like licorice candy, chips, and soup. Products that contain wheat should, by law, be labeled as such in bold letters, as it is one of the top eight allergens. However, it seems that not all ingredients that are wheat-derived are labeled, and there are other non-wheat sources of gluten.
Red flag ingredients include:

Know what kinds of unsuspecting foods might have a gluten ingredient:

If you’re like me, you read any label you can get your hands on before putting anything in your mouth. If you don’t read every label, keep in mind the types of products that commonly have hidden gluten (those labels you might want to start reading!): canned soup, salad dressing, chips, ice cream, noodles (yes, some rice or buckwheat noodles have added flour), and pretty much any “snack” food. Conveniently, the foods that you know are the safest—unprocessed foods such as fresh fruits and vegetables—are better for your health anyway!

Know the taste and appearance of gluten ingredients:

Ideally, you’d know whether something contains gluten before it’s sitting in front of you ready to eat, but sometimes miscommunication occurs. I’ve found this kind of mishap common when traveling with a language barrier or where “gluten-free” is not a well-known concept. You may want to “double-check” (ask about specific ingredients that you suspect might be in the food) when something suspicious comes up. I keep an eye out for:

Yes, it often feels like gluten stealthily infiltrates some of the most unexpected places. However, the more you know what to look out for, the more you can sidestep gluten encounters. Read labels. Look up unfamiliar ingredients online. When in doubt, ask a waiter or friend. When he or she has no idea what you’re talking about, remain a patient advocate for your own health and use the encounter as an opportunity to educate others about Celiac disease and gluten intolerance.  Sneaky gluten may be popping up everywhere, but being attentive, having knowledge about obscure gluten-containing ingredients, and communicating with people who are preparing or handling your food are key techniques for avoiding those hidden sources of gluten.

What are some hidden sources of gluten you’ve found?

GFCF Momma
Frisco, Texas, United States
My name is Janice and I am a Christian wife/ mother with a family of 5. My family and I embarked on this journey of Gluten Free and Dairy Free after my oldest child was diagnosed with severe allergies, ADHD and Asthma. I, personally, was living with an autoimmune disease and fibromaylgia. My husband had chronic stomach issues and headaches. Over the last 2 years, I have done alot of research and have been writing down everything. Its the everything that I want to share through classes and within my food blog. I have become passionate in sharing what I know and helping people get started. Through the class I will offer information, recipes, tips and tricks in assisting you be a better you. We started this diet Aug 15, 2011, my husband and I lost a combined 40+ lbs with in months. We feel awesome! I have gone from 17 different meds to none. Try this food change for 2 weeks, you will be sold! Also, look up my Soulful Adventures of a Gluten free Mom 2.0 blog on Facebook for more up to date postings and interactive group talks. https://www.facebook.com/groups/1688615018057406/

My inspiration to change....

Friends Who Want to know more...